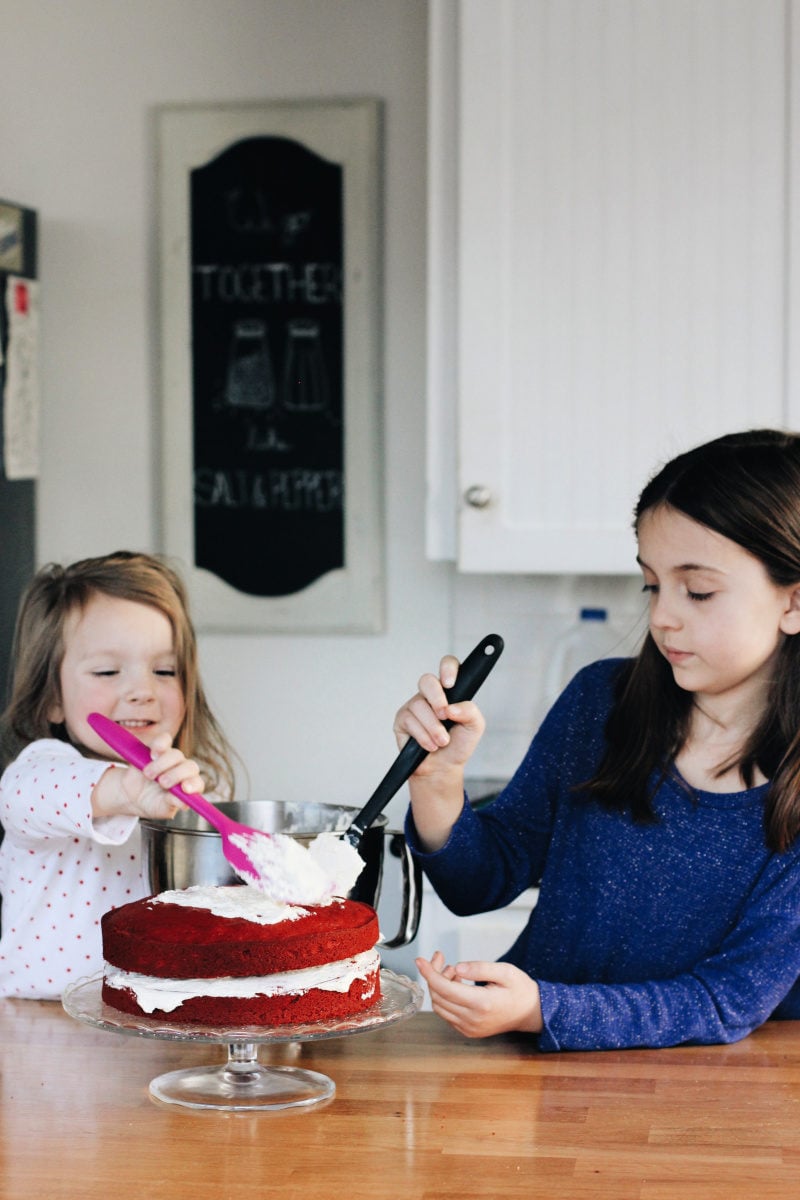 Check out this post for the family recipe for Jim’s favorite Red Velvet Cake!

Jim’s birthday was on Tuesday and we had the best time celebrating our guy (yes, it is always crazy since it is two days after our anniversary and exactly a week before Christmas. But that’s okay! He’s worth it!) with cake and presents and time together.

The kids and I ventured out the morning of to grab Jim’s favorite cake supplies (Red Velvet with Gravy Icing- we are strictly anti cream cheese frosting in this house!) and came back home to bake it all up!

The girls were super super into helping make everything, so I mostly just let them! Maybe next year I can retire completely. 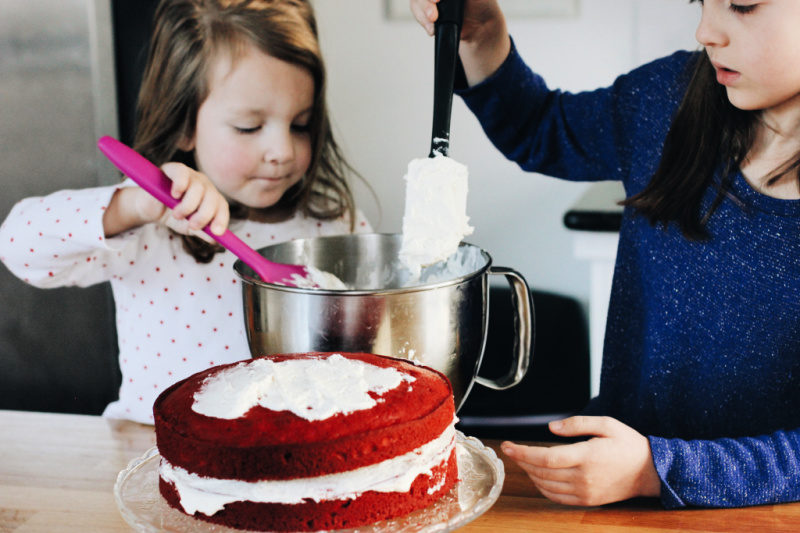 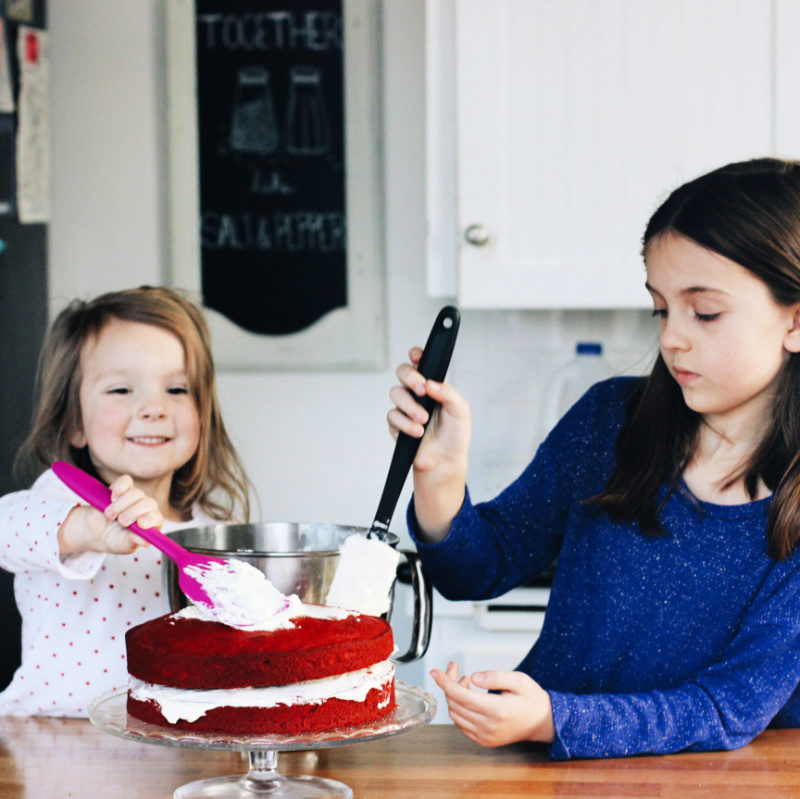 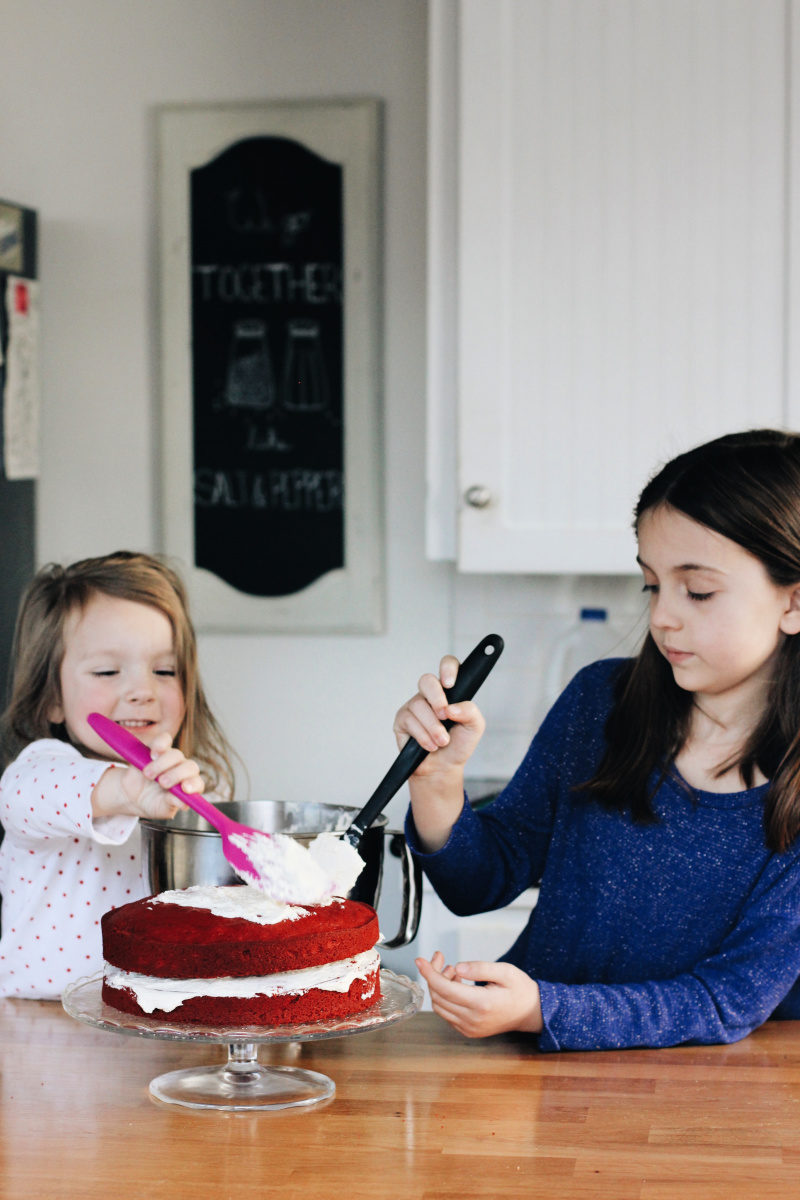 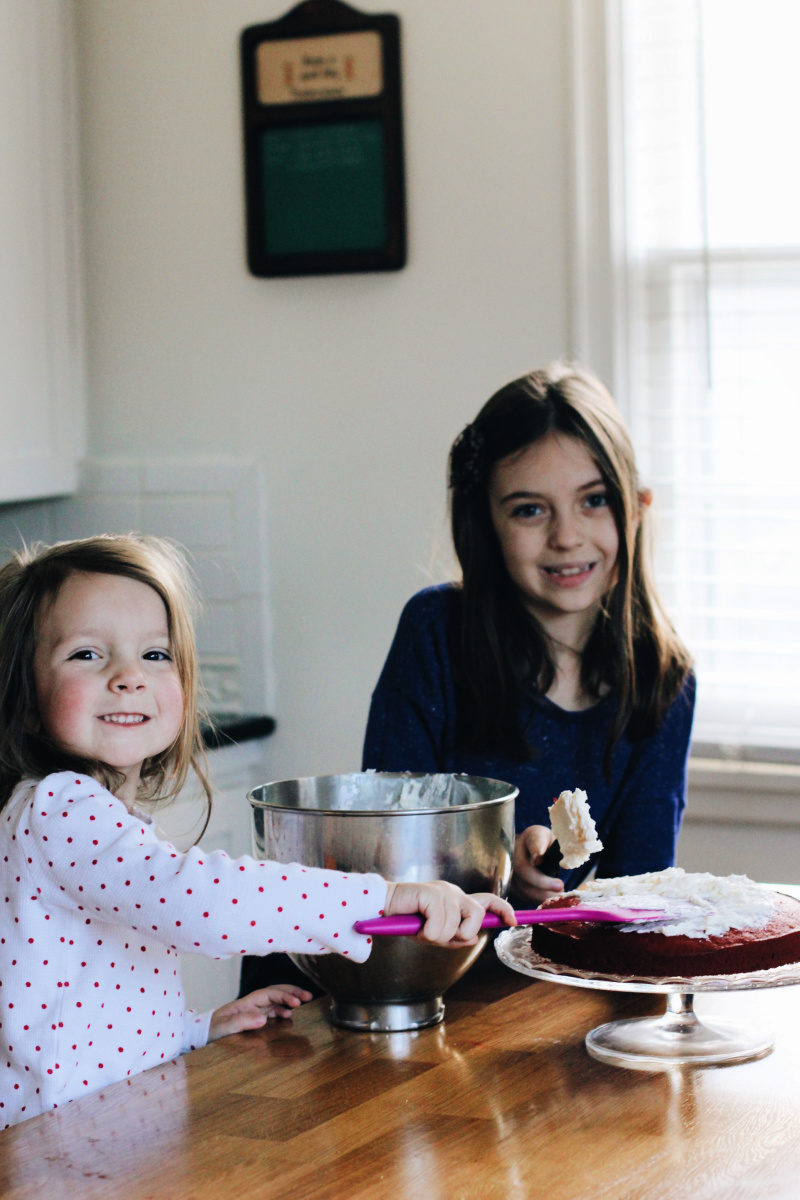 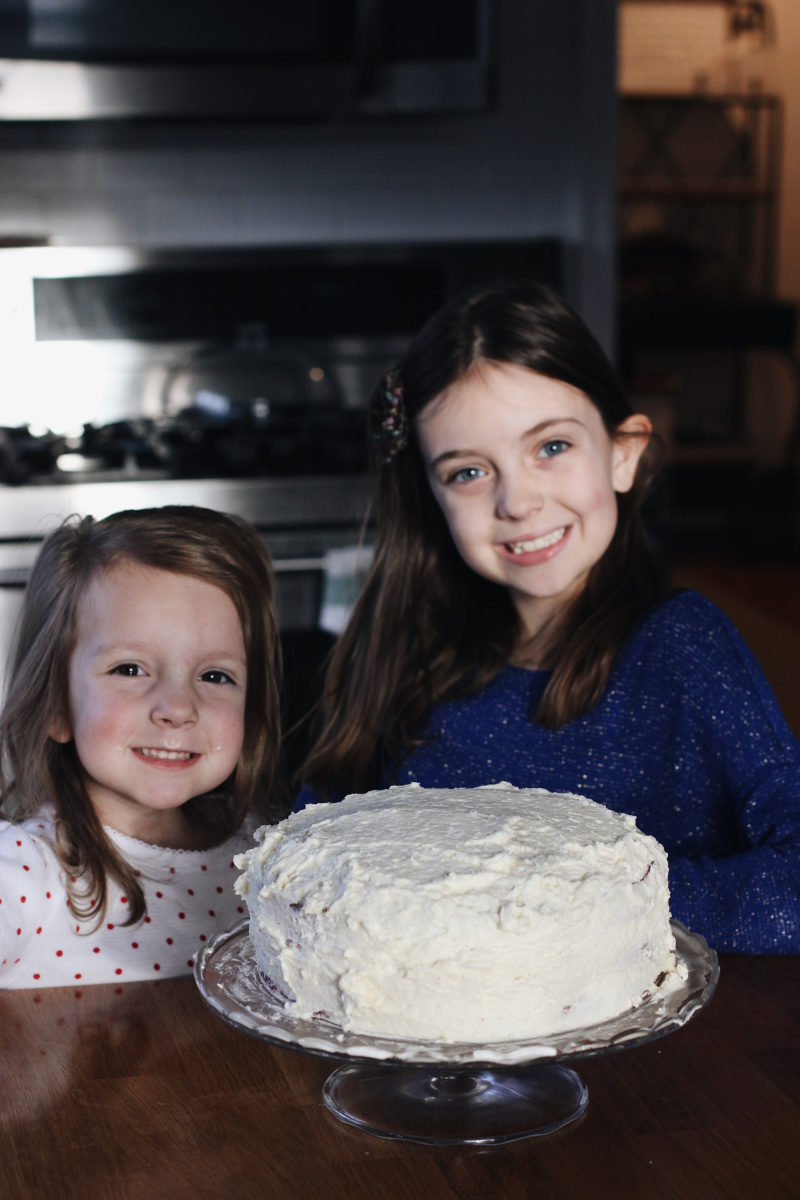 So, a funny Finn story. After the girls finished decorating the cake I was a magnanimous mom and let Finn lick the spatula. First he was standing at my legs and I let him have a small taste. The way his eyes lit up and beamed was something I’ll never forget. As you can see, it quickly turned into him holding it himself and just going to town.

When it was literally licked clean, I took it from him, resulting in the tantrum of the century. But the funny part was, because he had icing all over his hands, when he tried to crawl after me to chase his spatula down, he couldn’t because his hands were too slippery all over the wood floor. Which resulted in more tears, and screaming, and laughter on my part because it was quite the spectacle. 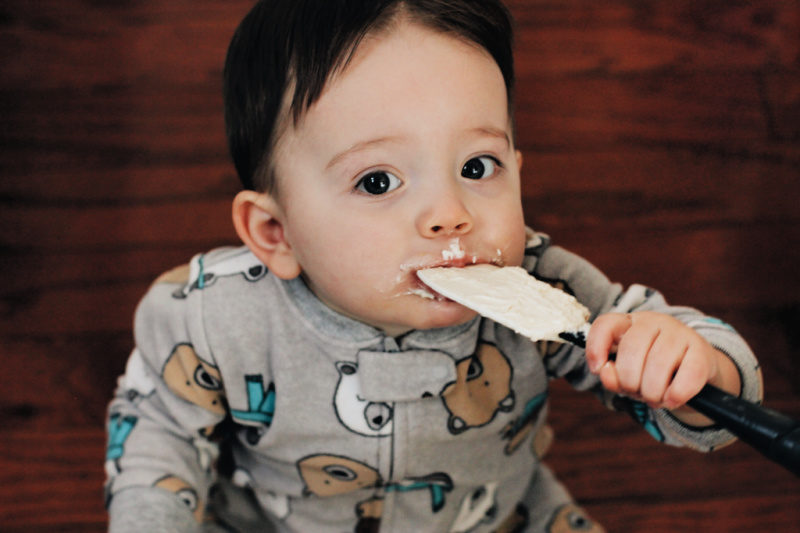 THEN, he managed, while my back was turned, to STRETCHHHHHH on his tippy toes and reach up on the counter and grab the other spatula that was resting by the sink. 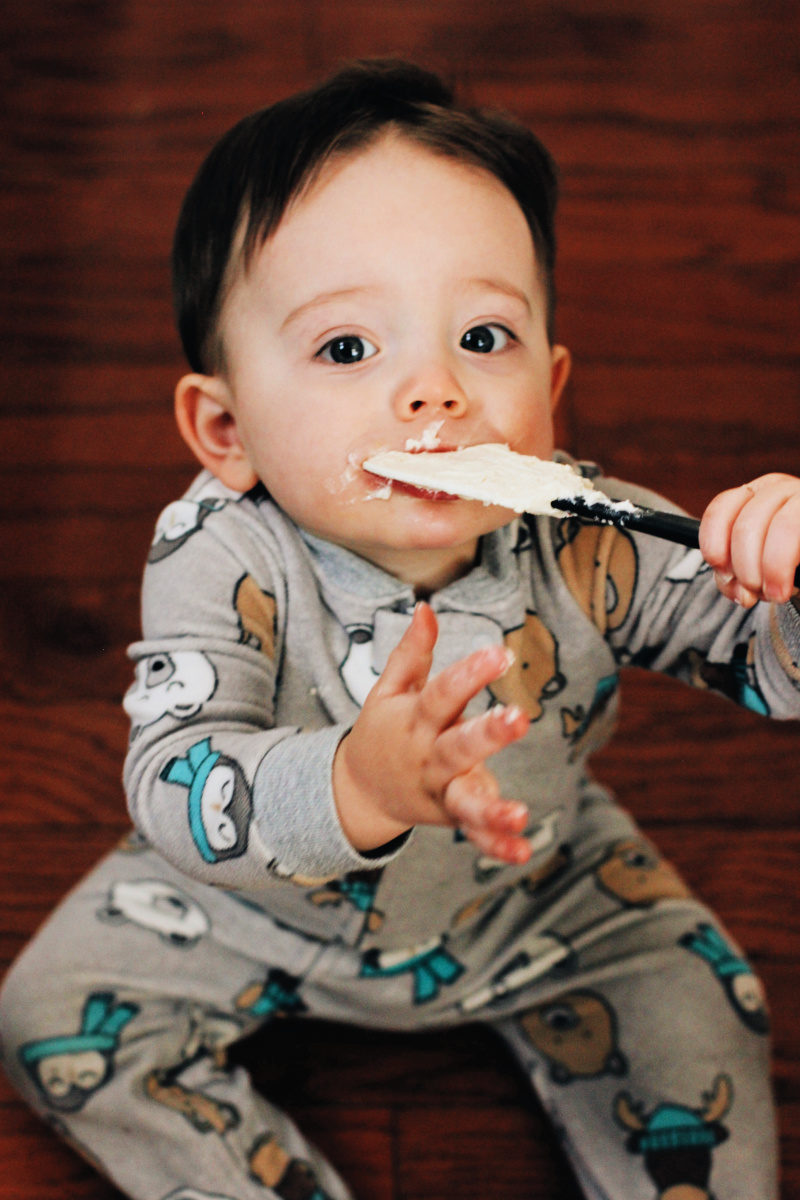 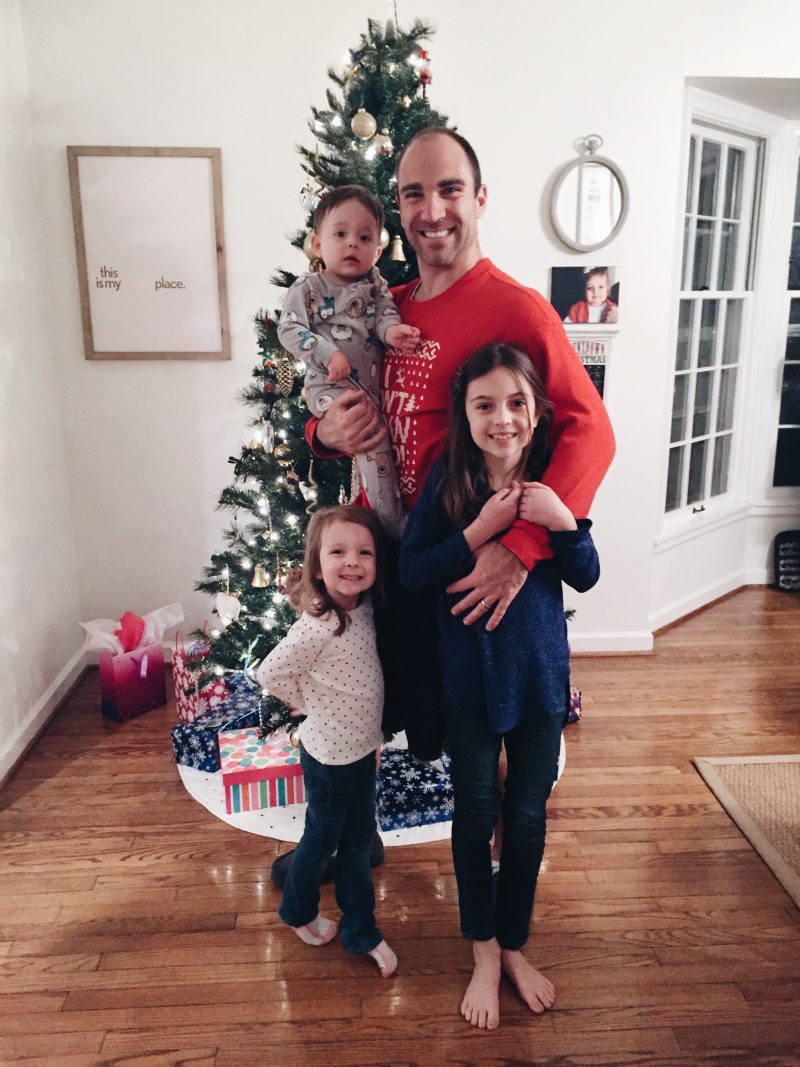 So, anyway! We gave him his present (new house shoes!) and sang and ate cake after dinner. Then after the kid’s were in bed, we watched Inception (Jim’s choice!) 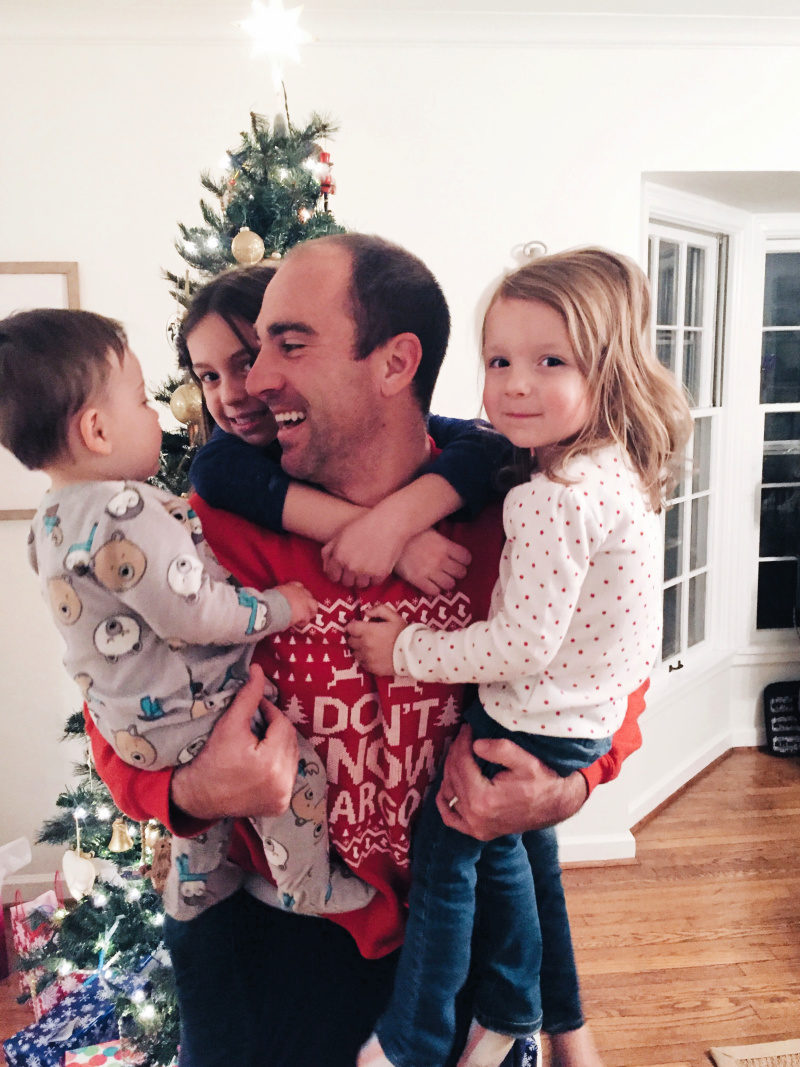 I assume he enjoyed himself. He seemed pretty happy  🙂 Happy 33rd birthday, Jim! 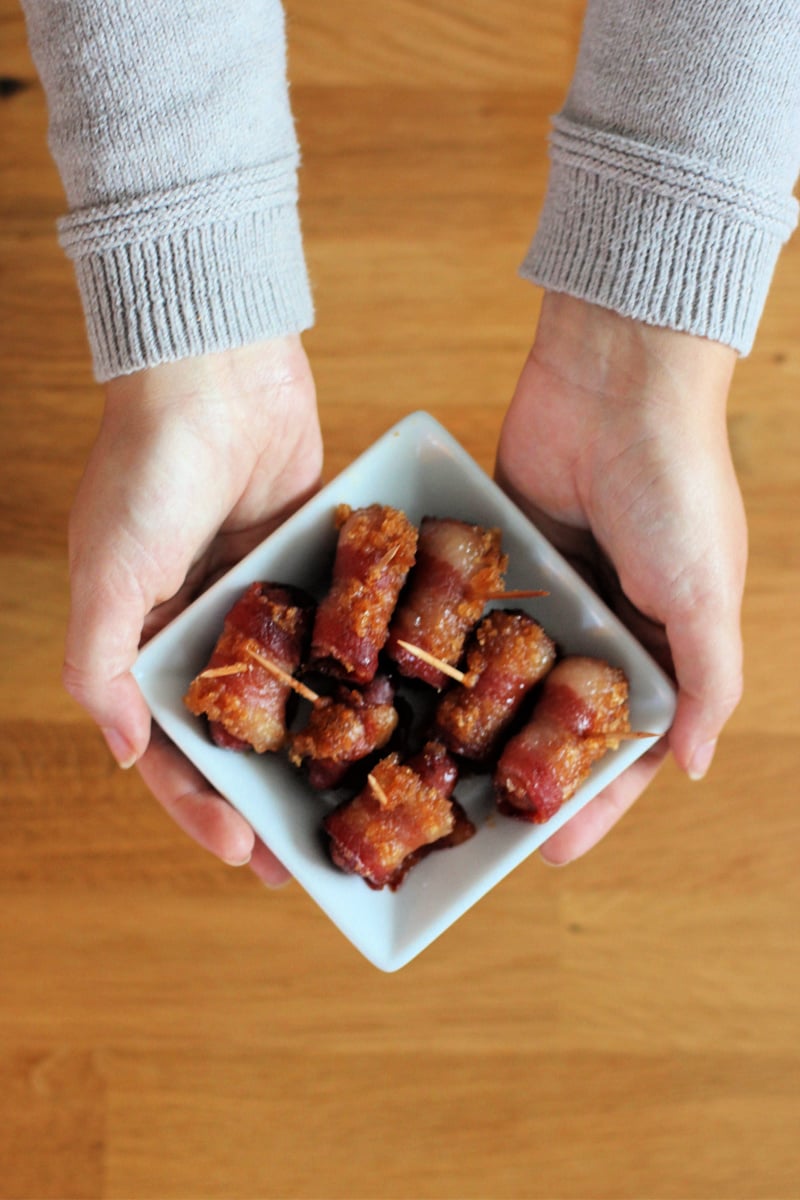 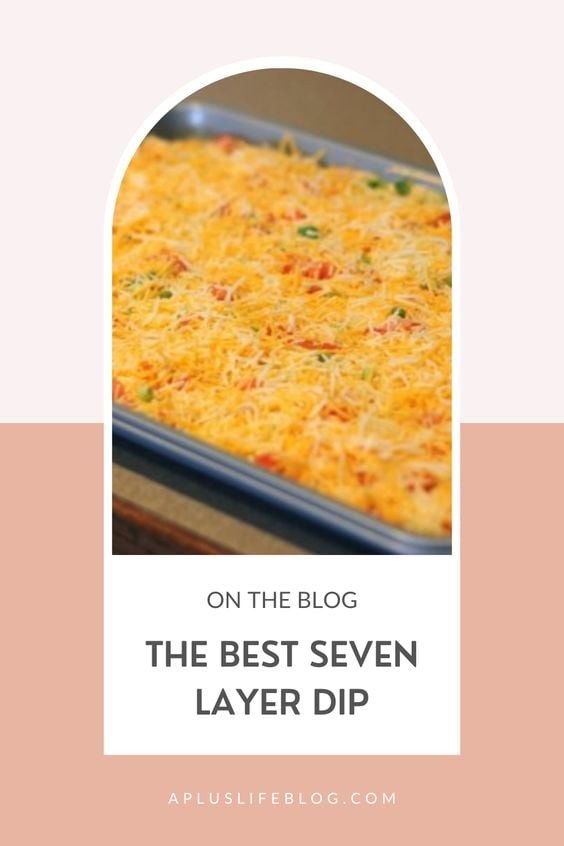 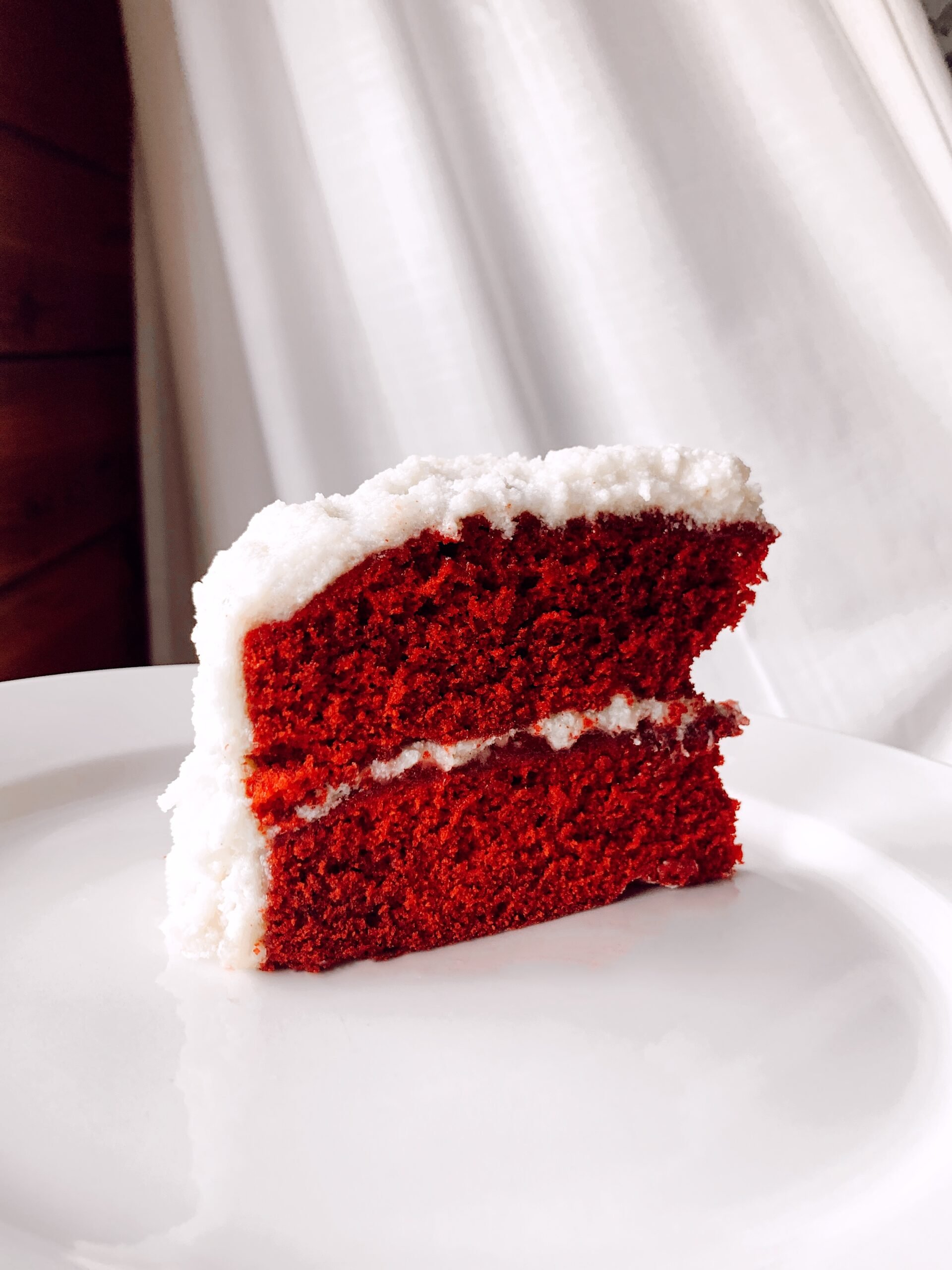