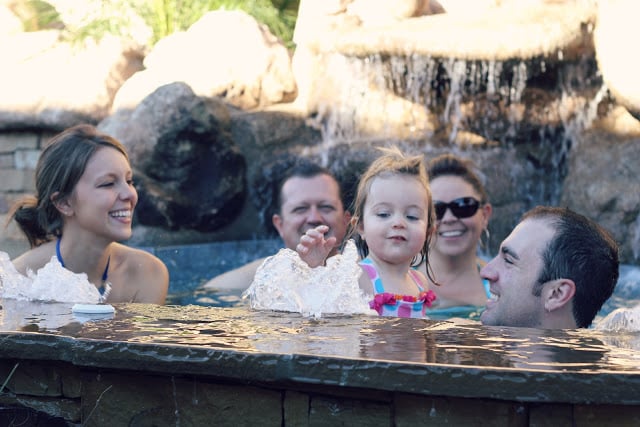 Our flight was scheduled to depart Springfield, MO at 8pm on Wednesday. Right at Abigail’s typical bedtime. Since she is over the age of 2 now we have to buy her her own seat. Fortunately, our side was 3 seats wide so she could sit between us. I had high hopes of her sleeping on the flight, so I changed her into her nighttime diaper and jammies right before we boarded. 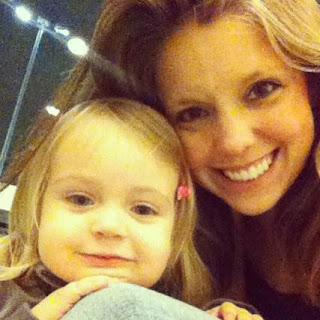 Us killing time while we waited patiently for our plane

Thanks, flight attendant!
Let me tell you, this little girl was SO stinkin excited about being on an airplane that she didn’t sleep a wink. She just kept shouting “aaiiirrpllanne!!! airplane!! fly! fly! fly!” and happily bounced in her seat.

She consumed a great amount of goldfish, kept asking to take her seat belt off, and read books. 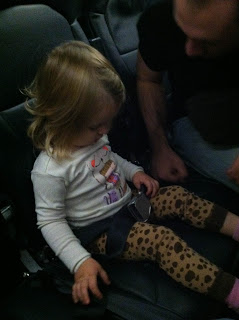 When our flight landed at 10pm AZ time (but 11pm ours) she was still wide awake. She was getting dark circles under her eyes, but by golly was she going to enjoy that entire flight and then run straight to Grammy and Pappy.
She finally crashed shortly after being placed in her car seat and we began the drive back to Grammy and Pappy’s house.
The next morning(all of us were in the same bedroom) I heard her wake up and start chatting away. Typically, at our house when she wakes up we leave her in there to play for 15(or 30) minutes or so. Can’t do that when you’re sharing a room. I heard her exclaim, “Flashlight!” She then proceeded to click on her light up seahorse(that she sleeps with every single night) and use it as a flashlight to locate where we were in the dark room. When she saw Jim she shouted, “Hi Daddy! Get up?”
We celebrated Thanksgiving over at the Anderson’s house. That is, Jim’s sister, Brittainy(My sister in law) husband’s(our brother in law), parents house. Seems long and confusing but it really isn’t.
Since it is so beautiful in Arizona they had all sorts of fun outdoor games set up. The grown ups played a washers tournament( me and my partner placed 2nd, thank you very much!) and the kiddos had fun doing all sorts of games like musical chairs, ring around the rosie, london bridge, and a few others. Of course, we also enjoyed an excessive amount of food and desserts.
I seriously never felt a twinge of hunger the entire time we were there. But, I just kept eating. It all was so yummy. Could. Not. Stop. 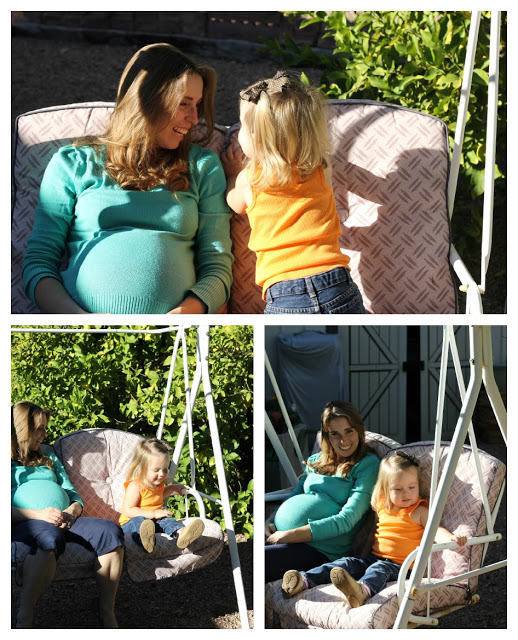 Swinging with her Aunt B and her girl cousin, baby K 🙂 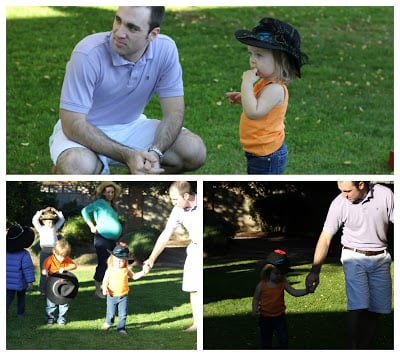 They played this adorable game where they had to balance a bean bag on their hat and then drop it into a box. Abigail was so serious the whole time! 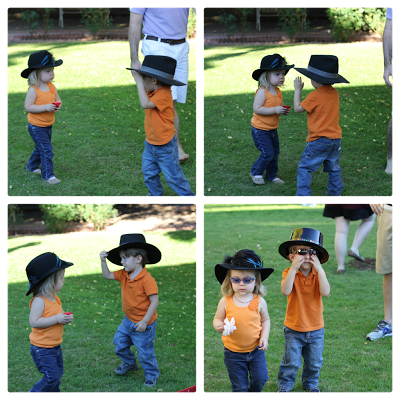 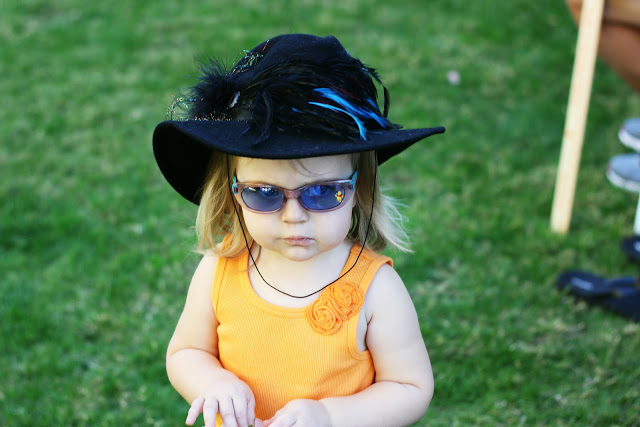 After every game they played, the kiddos got to open a personalized gift. One of which were sunglasses. Abigail still asks for this hat whenever she puts her shades on. Silly!
On Friday, we just spent the day hanging out at Grammy and Pappy’s house. And by hanging out I mean using their AMAZING AND AWESOME POOL. 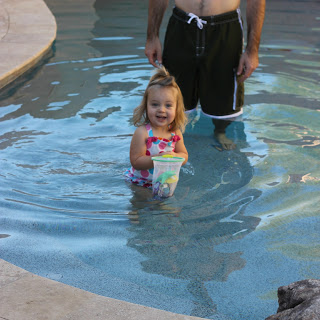 I mean, look at that face. She was loving it.

Caption this photo : “Grammy and Pappy. Every dime it cost to make this was very well spent” 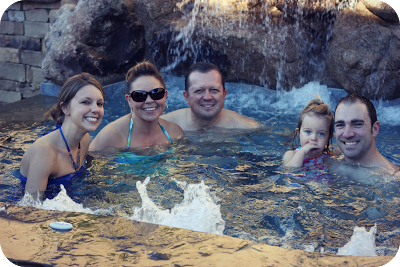 We also spent loads of time in the hot tub…ahh….(no worries, folks. We kept the temp down whenever the baby was in there and she never stayed for long) 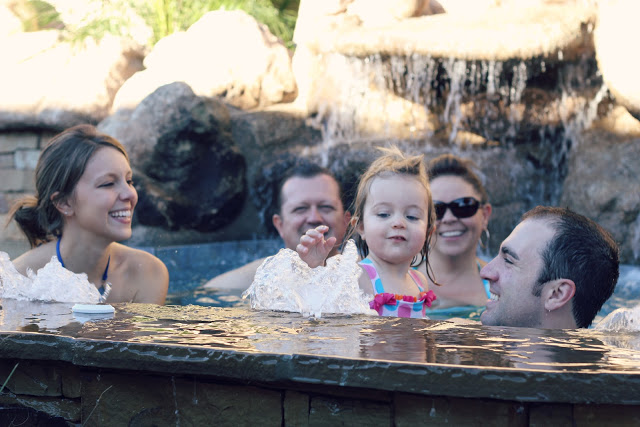 The next day(Saturday), before we had more guests back over to the house for Lindsey thanksgiving Abigail spent even more time in the pool. Except, this time she wanted to be a big BIG girl and swim all by herself. 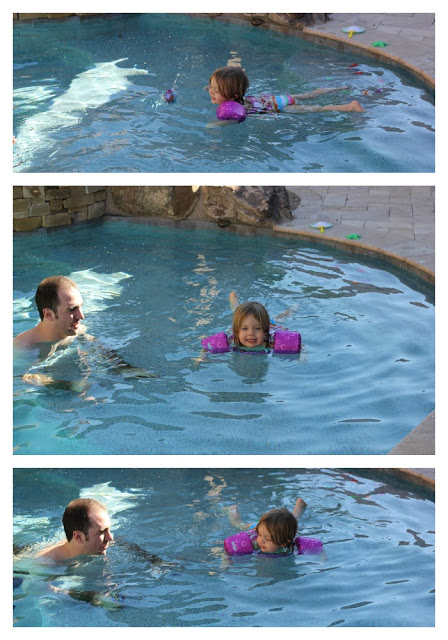 I am SO proud of her! She was paddling around, blowing bubbles, and just having a blast. She definitely takes to the water like her Daddy and she is so lucky to have such a great swim instructor in him. 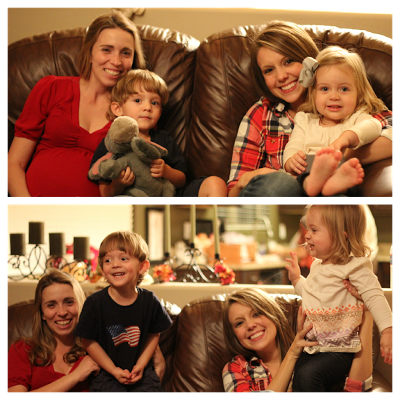 That evening we had Jim’s great uncle Sonny & great aunt Carol, Mr. & Mrs. Anderson(John’s parents), John & Brittainy, David, and our whole family together for Thanksgiving dinner. So much yummy. So much pie.
Other awesome things this trip: Ticket to Ride, Settlers of Catan, Starbucks and Target runs, late night hot tubbing, sleeping in, over eating, Four Peaks beer sampler, spending time with family, listening to Abigail point out every cactus and palm tree she saw(fyi, there are a lot in Arizona), getting to enjoy weather in the 80’s every day.
We returned to Missouri with weather in the 30’s and all the leaves off of the trees. What gives??
Our Thanksgiving was incredibly blessed. We’re hoping to go back to Arizona in the winter sometime, possibly February??? Whenever it is, it will be great!!  And there will be a new, sweet, little niece to meet. Exciting! 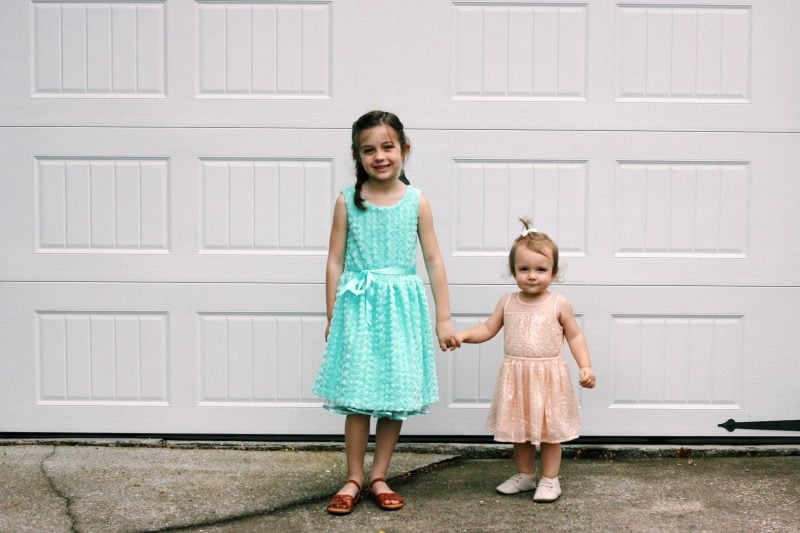 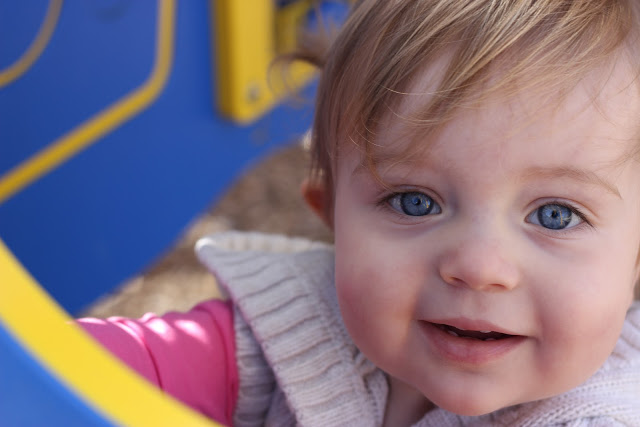 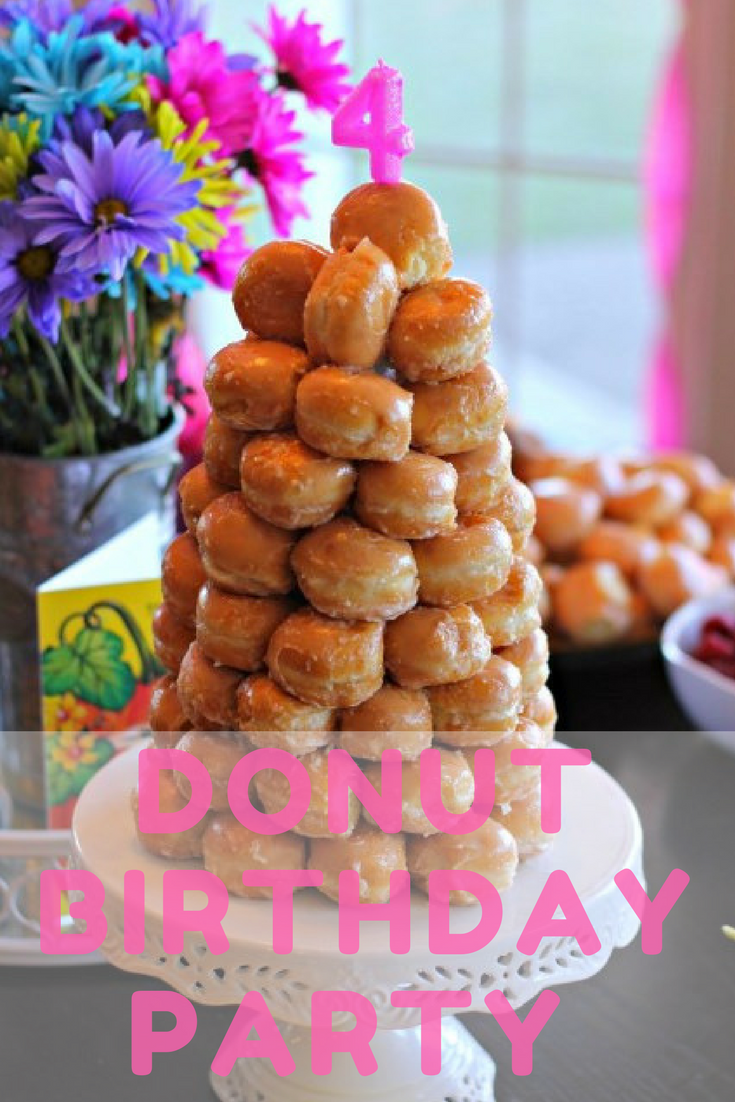 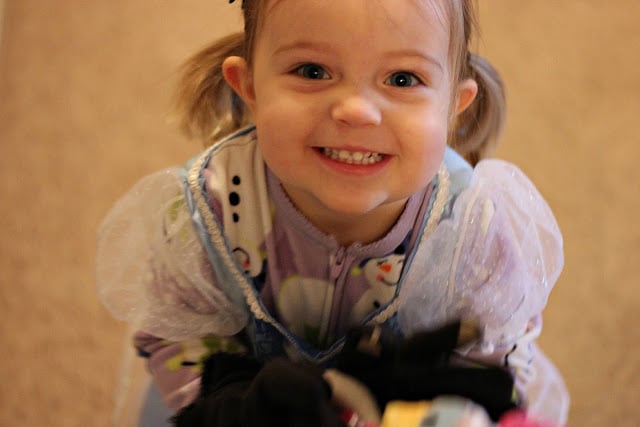 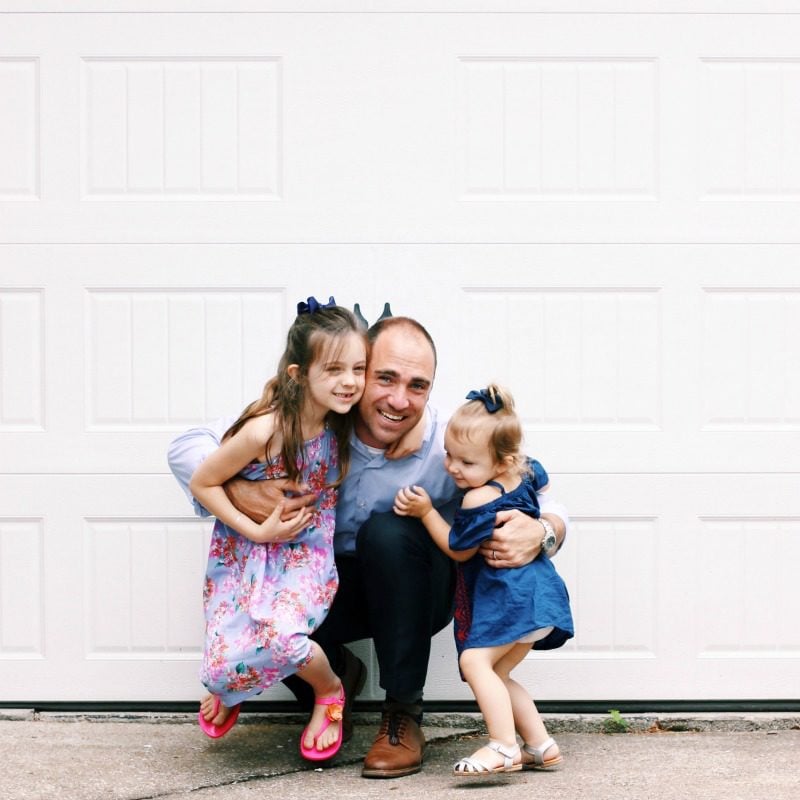 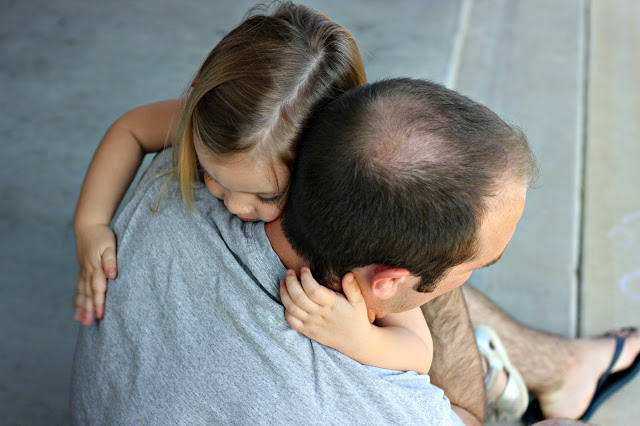