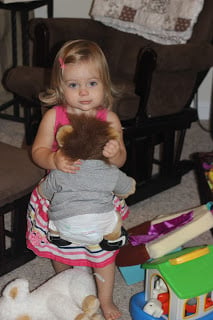 So, here we go. Abigail has been doing a lot this past month!

She is ROCKING her colors. She is pronouncing them even more clearly and has added the color pink to the mix.

She is doing a great job identifying her shapes and she tries to say circle, (kind of sounds like, “sir”)

She’s getting even more precise with recognizing body parts. She has known most of them for a while, but now she can even point out things like eyelashes and eyebrows.

She has turned into quite the parrot. I couldn’t even begin to tell you all of the new words she has learned this past month. A lot of them just crop up when she repeats something I’ve just said. A few of my favorites from this month, ” Paper towel”, “tank top”, and her 2nd sentence ever…”I toot!”

Playing in the hose

Her favorite veggie: Still green bell pepper, carrots, or corn…although she has been willing to eat her peas lately. Do I get a special parent award or anything for that?

Speaking of meal time, we finally ditched the high chair and she is now sitting in a booster chair at the table with a plate and utensils. She has done amazing. We’ve even been working on eating liquid items with a bowl and spoon and she is quickly mastering that as well. She looooves cheerios right now, so it’s been a fun way to kill time, sneak in milk, and help her fine tune those motor skills.

Here’s a shot of her sitting at the table, eating some chicken, black beans, and apple chunks. Also on full display: Her super ridiculously long bangs. We are almost there!! Before long they will match up with the rest of her hair. I have fought the good fight, have resisted temptation to cut, and will soon be rewarded with cute toddler hair.
This past month has been so, so, so, so, so hot. No rain. No clouds. Just beating down, hot, hot sun. We haven’t been able to play outside at all. Unless it’s an early morning pool date(speaking of which, our kiddie pool is gone. Like, just gone. Either stolen or blown away. One day it was in the back, a few days later..took us a while to notice..winning!..it was gone.) We have gone a few times to the mall to just let Abigail run around and burn some energy, which, admittedly, was crazy effective. Plus, we’d score some Chick fil a lunch afterwards. Happiness abounds.
Other things we did to try and stay cool was severely increase the amount of tv in the house. We bumped from 1 dvd to about 3 in a day. And, hello? Olympics. Gotta have that running while good stuff is being shown.
We also tried out story time at the library. We were never able to go to the babies class because they only had it on Tuesday mornings, which was the same time as ladies bible study. But, now that A is so close to 2(gasp), we could attend the 2’s and 3’s class which happens on Wed or Thurs. As with anything else that Abigail has ever tried(see: swings, pool, pretty much any new food), she wasn’t crazy about it the first time. She loved playing in the lobby with their train table(thanks for the week long cold!!). She was waving hello to everyone. She tried and failed to get into their fabric tunnel. (Child, I love you dearly. And I’m so sorry I gave you my inability to figure out physical things that should be so basically simple. 9 month olds were cruising by you into that stupid tunnel.) She flipped through books. She was happy as a clam. And then it was time for the actual class. She was side eyeing everyone up in that joint. She didn’t want to sing the songs, or have other people sing them. Fortunately, we avoided complete meltdown and she mostly just sat there quietly saying, “no, no, no” and occasionally signing “all done”. And, because I’m such an awesome mom, we’re totally going to go back when classes pick back up in September. They’re free and they give us something to do out of the house for a morning.
Another HUGE thing we did this month was we ditched the pacifier. 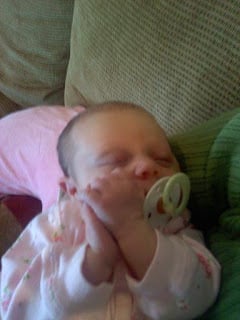 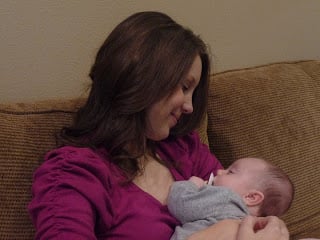 I don’t have any pictures of her using the paci as a “big” girl. But, it’s the same kind(she’s never been picky about the same specific one, but we’ve always used the same style) in the pictures above. The paci was my best buddy. Especially in those early nursing days.
Feel free to judge that she has had it this long, but I did not want to rock the boat when naps and night time sleep(the only times she has ever used her paci) are so super. I waited for a time when we didn’t have any trips coming up and would have a long stretch for her to be able to sleep in her own bed and get accustomed to sleeping without it. The first night Jim and I told her she was a big girl now and didn’t need her pacifier anymore. She could still sleep with her seahorse, and she could pick out another stuffed animal to sleep with if she would like. She picked out her stuffed lambie and went straight off to sleep. The next few days progessed in the same way and eventually she decided she didn’t even want extra stuffed animals. So now we are footloose and paci free, but still hooked on the seahorse 🙂
We are swiftly moving into 2T clothes, her sandals are a 6 so I’m stocking up on 7’s for winter, and she is still all about her bows and accessories.She loves stuffed animals. They are her most loved on toys. Particularly her lambie and her lion. And of course, her seahorse.

She gives the best kisses and hugs, she can say “I love you” when you get her to repeat back the words individually, she says “men!” at the end of every prayer.

And how could I forget? We are in the very, very, very beginning stages of potty training. Lately, she has been letting me know(but, I’m too dense to realize what’s happening) that she needs to poo and when she needs a diaper change. I bought a ring for the potty and a stool to stand on. She is pretty interested but we haven’t had any real potty success yet. Which is cool with me. Diaper changing is easy, potty training will be hard. I don’t have any plans to push training and am just going to follow her lead and level of interest.

You have grown so much and changed in so many ways just over the past month. Daddy and I are so proud of you. You are such a sweet, compliant, laid back, silly, happy girl and we just love being your parents. 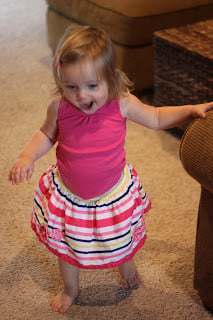 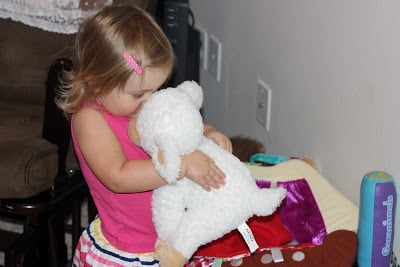 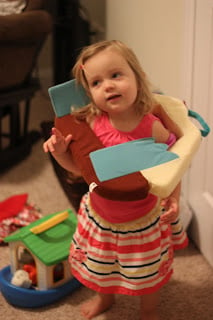 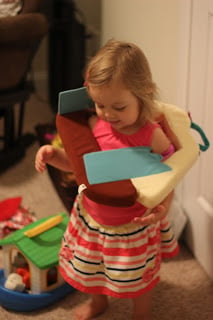 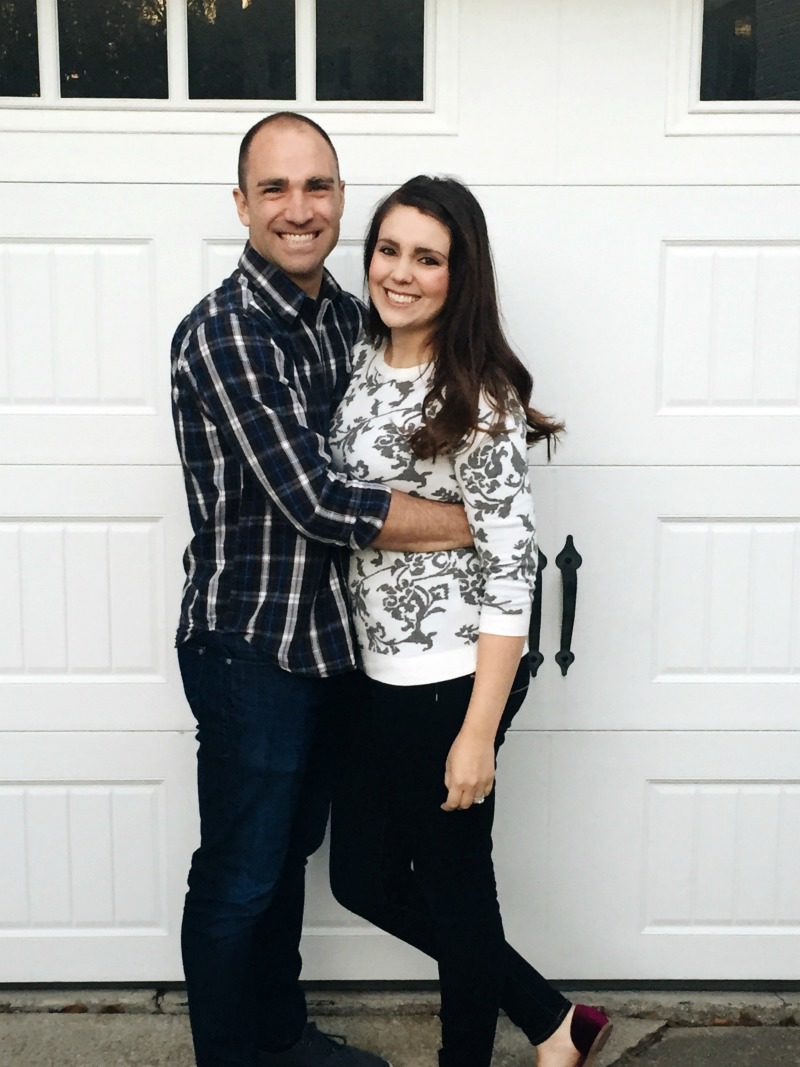 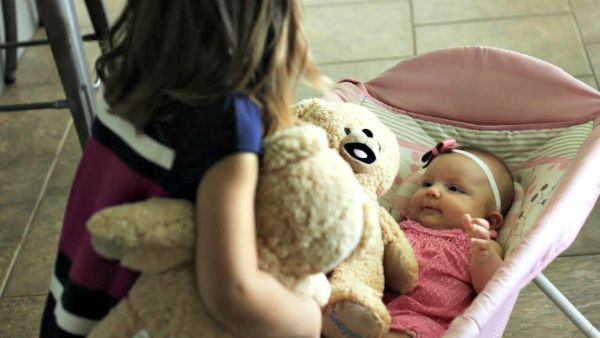 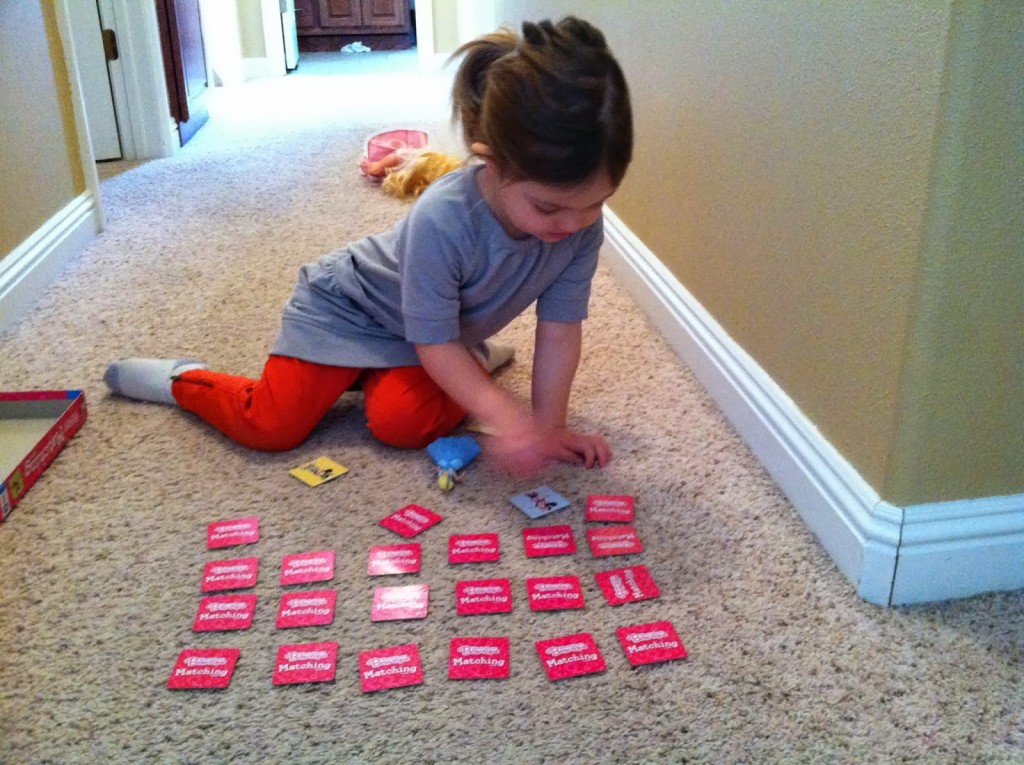 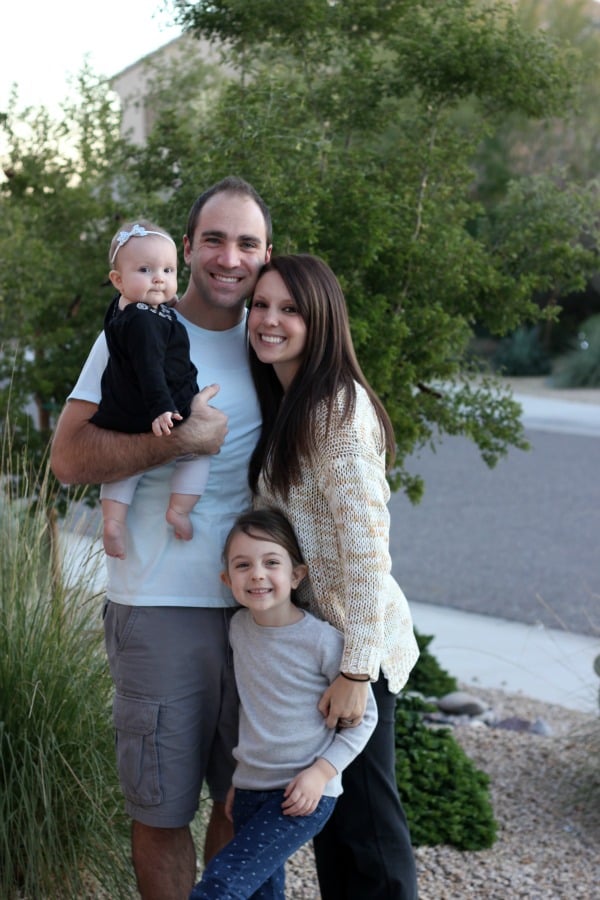 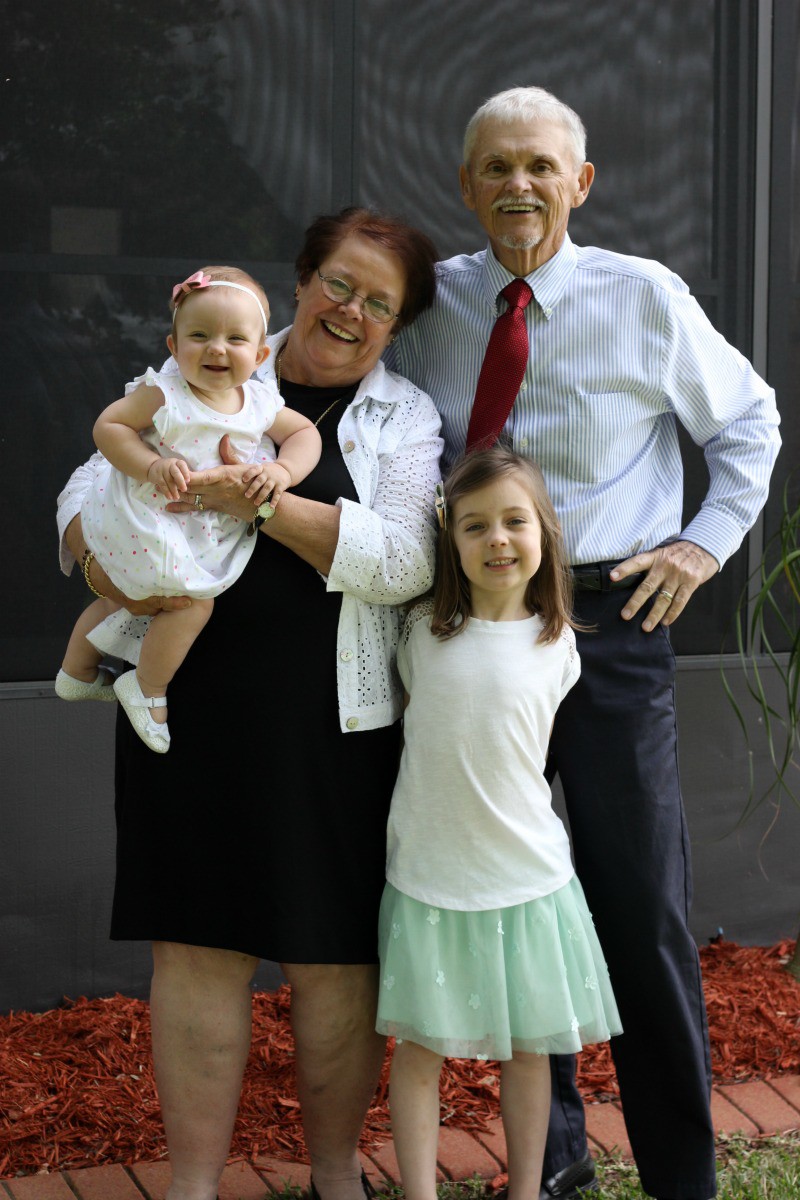